through the mission of Light The Way Church you can know your:

JEREMIAH 29:11-14 MSG  I know what I’m doing. I have it all planned out—plans to take care of you, not abandon you, plans to give you the future you hope for. 12 “When you call on me, when you come and pray to me, I’ll listen. 13-14 “When you come looking for me, you’ll find me. “Yes, when you get serious about finding me and want it more than anything else, I’ll make sure you won’t be disappointed.” God’s Decree.

FAMILY FOCUSED – HEBREWS 11:7 MSG By faith, Noah built a ship in the middle of dry land. He was warned about something he couldn’t see, and acted on what he was told. The result? His family was saved. His act of faith drew a sharp line between the evil of the unbelieving world and the rightness of the believing world. As a result, Noah became intimate with God.

CHRIST CENTERED – ROMANS 5:10 MSG If, when we were at our worst, we were put on friendly terms with God by the sacrificial death of his Son, now that we’re at our best, just think of how our lives will expand and deepen by means of his resurrection life!

SPIRIT FILLED – JOHN 1:12 NKJV But as many as received Him, to them He gave the right to become children of God, to those who believe in His name:

EVANGELICAL – MARK 16:15-20 MSG Then he said, “Go into the world. Go everywhere and announce the Message of God’s good news to one and all. Whoever believes and is baptized is saved; whoever refuses to believe is damned. 17-18 “These are some of the signs that will accompany believers: They will throw out demons in my name, they will speak in new tongues, they will take snakes in their hands, they will drink poison and not be hurt, they will lay hands on the sick and make them well.” 19-20 Then the Master Jesus, after briefing them, was taken up to heaven, and he sat down beside God in the place of honor.

have questions about membership?

We think that it is important for you to know about our mission, objectives and history. If you have a question that we may not have covered, contact us now!

I have a question 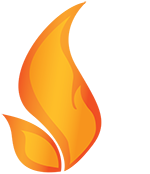 Bible verse of the day (NIV)

For since the creation of the world God’s invisible qualities—his eternal power and divine nature—have been clearly seen, being understood from what has been made, so that people are without excuse.
Romans 1:20
DailyVerses.net